Weaving the Threads of Traditional Culture and Human-Computer Interfaces 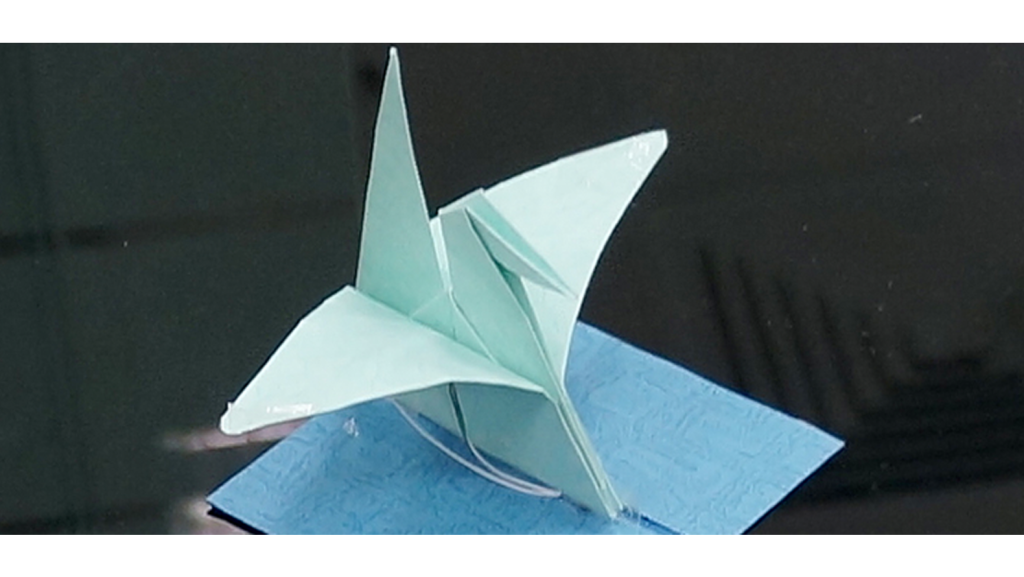 Abstract: Paper-craft is a type of traditional art with a long history in different cultures, especially in Asia, such as China and Japan. Paper craft supports rich interactivity with artists' hands, such as bending, folding, twisting, and cutting, and so on. In this talk, I will introduce a series of human-computer interface design and technologies that are inspired by the art of paper-craft and support paper-like shape-changing interaction for both output and input. Firstly, I will introduce the technology of selective wireless power transmission (SIPT) which supports the creation of new types of automated movable paper crafts without diluting the aesthetic of paper. The novelty of our method lies in the power transmitter can be controlled to wirelessly and selectively activate different receivers embedded in the paper material. Based on this technology, we developed the AutoGami toolkit, including hardware and software components that allow users to design and implement automated movable paper craft without any prerequisite knowledge of electronics. AutoGami made consistently strong showings in design workshops, confirming its viability in supporting engagement and creativity as well as its usability in storytelling through paper craft. I will then introduce a series of technologies we developed for recognizing paper manipulation as input, including computer-vision-based algorithm for real-time origami recognition, and PaperIO, a paper-based 3D I/O interface using the SIPT technology. With the rich interactivity, paper-craft manipulation also inspires human-computer interface design. Following this direction, we designed WristOrigami, an origami-inspired design concept and system extending the interaction with smartwatches through a foldable structure with multiple on-wrist  displays. The WristOgraim design provides extra affordances via folding, flipping, and elastic pulling actions on a multi-display smartwatch. Inspired by the capability of shape changing and resetting of paper, we developed HapTwist toolkit, leveraging low-cost twistable artefacts to create haptic proxies for hand-graspable VR objects. The user studies showed that HapTwist was easy to learn and use, and it significantly improved user performance in creating interactive haptic proxies. Furthermore, HapTwist-generated haptic proxies achieved similar VR experience as the real objects.

These works above have been published in SIGCHI, SIGGRAPH, SIGGRAPH Asia, ICAT, ISMAR, Interacting with Computers Journal, IEICE TRANSACTIONS on Information and Systems, and so on.

Bio: Dr Kening Zhu is an Assistant Professor jointly appointed by the School of Creative Media and the Department of Computer Science, City University of Hong Kong. He received his PhD degree from the National University of Singapore, and his bachelor degree on Computer Science from Huazhong University of Science and Technology, China. His research interests cover various topics on human-computer interaction (HCI), including interaction design, tangible user interfaces, mobile interfaces, VR/AR, and rapid prototyping. Zhu has published his research in various conferences and journals, including SIGGRAPH, SIGCHI, Interacting with Computers, International Journal of Human-Computer Interaction, etc. He received the first prize of Nokia Ubimedia MindTrek Awards in 2011. In addition, he is a reviewer and program-committee member for many conferences and journals, including SIGCHI, SIGGRAPH, ISMAR, ICEC, Virtual Reality (Springer), Advances in Human-Computer Interaction, and Advances in Software Engineering.